Home Foresters GO Freeze your way to fitness: How the cold can help you lose...

When winter comes around, for most people it’s time to break out the warm clothes and hot drinks. The low temperatures make it hard to get out of your nice warm bed each day, and by the time February comes around most people are well and truly sick of the cold.

However, if you are trying to lose weight then winter could be a blessing in disguise. You read that right; the cold can actually help you out with your health and fitness. Simply being in temperatures below around 18 degrees Celsius speeds your metabolism up, helping you to burn additional calories.

Now, before we get started it’s important to say that this is not a magical weight-loss trick. You will still need to diet and exercise in order to be fit and healthy. In addition, you must be sensible when it comes to the cold; don’t make yourself ill in the name of losing a few pounds! Be sensible and don’t try to freeze yourself in the hope of effort-free weight loss.

The science behind it

This theory comes from Ray Cronise, who used to work for NASA as a materials scientist. He claims to have been inspired by the swimmer Michael Phelps, who was allegedly eating 12,000 calories each day around the time of the 2008 Olympics.

Cronise realized that this was far too much food to eat without gaining weight, even when the taxing exercise regime of an Olympic swimmer was taken into account. However, he thought that a large part of each of Phelps’ days was spent immersed in cold water, which might be having an effect.

He started subjecting himself to cold showers and other low-temperature activities to see if it had an effect on his metabolism. It turned out that his theory was correct; he lost over 25 pounds in six weeks due to the cold.

The science behind this is actually pretty simple: when your temperature is low, your body burns calories to keep you warm. Subjecting yourself to the cold can therefore cause you to lose weight quicker than you might expect.

Some proponents of this theory recommend wearing a vest made up of ice packs, or going for walks in the middle of winter without a shirt on. We’re not going to encourage you to do anything that extreme, don’t worry! Instead, here are some ways you can get some of the benefits of the cold, while still keeping yourself comfortable.

Swap the coffee for water

A hot drink on a cold day can be lovely, but it’s not the best thing for you, health-wise. Instead, you should try having a cold glass of water rather than a cup of coffee. If you can manage this on a regular basis, you should see real health benefits.

First of all, hot drinks will increase your body temperature. As mentioned, if you can lower it instead – such as by drinking cold water – then your metabolism will speed up and you will burn more calories.

However, there’s another benefit to this. Coffee is a diuretic, meaning it makes you urinate. This means that even though you’re drinking something made mainly from water, it’s dehydrating you. If you’re low on water, your liver stops being able to efficiently metabolize fat, meaning it gets stored as excess weight.

Drinking water prevents this, meaning you can digest fat easier. It also helps you get rid of the bloated feeling you can get sometimes, which can come from dehydration.

Swap the treadmill for an outdoor run

We know that an indoor gym is much more appealing than a run outdoors at this time of year. However, the cool air will have your body working harder than usual to warm up, meaning you’ll get more out of your workout and burn more calories than you would if you were indoors.

There are other benefits, however. Running or cycling outdoors is a lot more psychologically satisfying than the same amount of exercise on a treadmill or exercise bike, giving you a greater sense of achievement. This makes it more likely that you will push yourself to do that little bit more.

Of course, you need to make sure you stretch properly before you go outside, as the cold weather is likely to make your muscles stiffer. You also need to remember to take care, and err on the side of caution if there’s ice or if bad weather makes it hard to see. 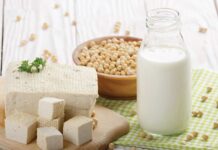 Great foods for your heart 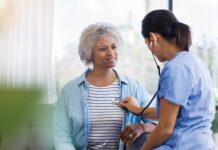 How to keep your heart healthy 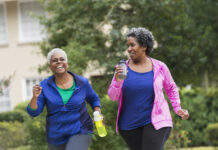 How to spring clean your health

Copyright © The Independent Order of Foresters 2020